Today it’s time to talk shop with the boys of the Date Shark Series.

Everybody has those moments when they just need someone to listen to them and help work a few things out. Eli, Guy, and Vance have always been there for each other, but they’re dedicated to their patients as well.

So here’s your chance to get to know them a little better and see which one of them might be just what you need. 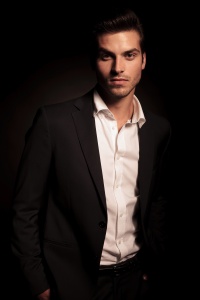 Eli specialized in relationships, especially ones that are having issues. When he’s not juggling women with serious social problems as a Date Shark, he’s helping couples see the good in each other again and patch up their relationship issues.

Why go into couples therapy?

Calling his relationship with his mother “stormy” would be something of an understatement, but it has helped him see just how important having strong and healthy relationships is in life and has dedicated himself to helping his patients…and Leila…find happiness with their partners.

Being cooped up in an office all day doesn’t appeal to Guy at all. He needs to be moving, on the go, checking on multiple patients during the day. Working on the psychiatric floor in one of Chicago’s hospitals suits him just fine. Not only is he not in an office all day, he’s given the chance to work with people who have chronic mental illnesses and truly need help.

Guy’s seemingly blase attitude about relationships might make people wonder what on earth drove him to such a career choice, but when you’ve watched someone you care about struggle to deal with mental illness and be given up on by most of the people she loves, it leaves a mark. Despite the fact that he broke up with his last girlfriend because she asked him to cat sit, giving up on someone when they need the support of a true friend just isn’t something he can bring himself to do.

Every group of friends has that one person who seems to keep everyone else glued together. That’s Vance. No matter which of his friends needs help, he’ll be the first one by their side. Having grown up in a big supportive family, some might think that’s the reason. There’s more too it than that.

The love of his life, Stephanie, had just as much to do with his decision to work with trauma victims dealing with PTSD and other issues as his family did. Steph’s bubbly personality and ability to talk nonstop without breathing does a lot to hide the emotional scars she carries around, but Vance has always been able to see her better than anyone else, and know how much she’s been hurt. Helping Stephanie deal with her past naturally extended into his care for his patients, but there’s always a point when the one giving all the help eventually needs the favor returned.