I was asked to participate in a Valentine-themed novella box set scheduled to release in early February of 2016, and even though I had never written a novella before and the only idea I had was to start with gum for some reason, I said sure! Luckily, the always awesome Serene Heiner gave me the fabulous idea to use my random gum thought by having my MC’s nephew accidentally spit gum in her hair at a ballgame. That was the beginning of the craziness, and it just kept going, from the novella that will be part of the “Valentine, Pets & Kisses” box set, to a full length novel that will also be releasing in February of 2016. 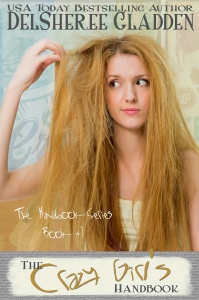 Watching her two nephews and a puppy named Thor for the weekend was supposed to be fun for Greenly Kendrick. Sweating to death at a never-ending baseball game while getting gum in her hair, soda down her shirt, and an ice cream pedicure wasn’t part of the deal. Neither is finding out the best blind date she’s ever stood up is there to witness it all.

Except it doesn’t stop at one crazy weekend. Embarrassment turns into mortification, a head wound, and being patch up by her amused knight in shining armor.

Roman Carpenter can’t help laughing at Greenly’s mishaps, but for some reason, he sticks with her through it all. At least, until his ex-wife shows up and starts causing trouble. What started off as a strange, yet promising relationship, might be able to survive spiteful exes, but adding in a stalker that puts everyone on edge and pulls the police into the mix, might push everyone past their breaking point.

The Crazy Girl’s Handbook is available as a novella version, along with 13 other sweet romances in Valentine, Pets, and Kisses, and available as a full novel separately. 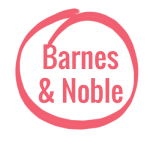 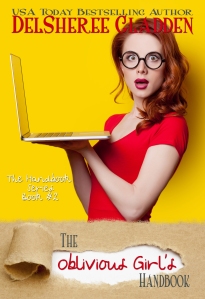 Being oblivious to all the signs that your life is about to fall apart doesn’t stop it from happening to Sara Taylor.

Alone except for the Siamese cat her boyfriend—ex-boyfriend—Joseph left behind to teach her a lesson, Sara has no clue how to survive on her own. She hasn’t handled her own bills in years, can’t meet a deadline without someone else programming alarms into her phone, and is constantly either losing important things or getting herself hopelessly lost. Sara has no idea how she’s supposed to move out of her university apartment and start her first real job without someone there to hold her hand.

Although she knows her new friend Monroe would step in to help, she’s not about to call him after having thrown him out of her apartment when his suspicions about Joseph prove true and Sara is left angry and mortified. It doesn’t take long before she is desperate to lean on someone else’s strength, even for just a few minutes, as real life begins to overwhelm her. Pride forces her to either sink or swim, even when sinking seems the most likely outcome.