Ever feel like this guy when you’re trying to work out the ending to your book?

I agonize over the endings of my books, series endings especially. I’ve mentioned this before, but instead of just whining about it, I thought I’d share some insights I’ve learned and some tips from other authors.

Tips From Other Authors

KM Weiland offered up some great tips on her YouTube video. You can watch the full video for her whole discussion, but here are the highlights.

1. Wait until the resolution to tie up any loose ends. In other words, don’t interrupt the action to talk about Carlos’s shoe size or Betty’s grade on her science paper. 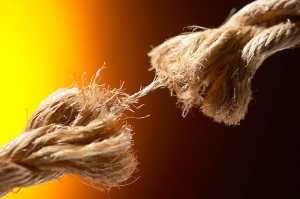 2. Tie up loose ends BEFORE the climax. If you really need to let everyone know whether or not Skippy found his lost shoe, spit it out before Joe and Susie head off to fight the zombie horde.

3. Make the unfinished business exciting enough to be included in the climax. If Clara’s long lost aunt is going to drop back into the picture, she better have something to do with the solving the mystery or winning the fight or it’ll just be a distraction that pulls readers out of  the story.

Brian Klems offered up some great writing tips in his Writer’s Digest article, but here’s what relates to finishing a book:

1. The hero should be the catalyst. No one wants to invest time and energy in a character only to see someone else step in at 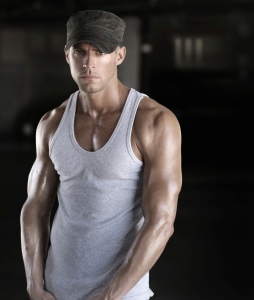 the end of the MC’s story and save the day. What was the point of that character going through everything they did if they don’t do anything in the end?

2. The hero should grow internally. What does this means? Basically, the problems the hero faced or struggled with in the beginning need to be resolved in the end and be part of the reason he’s able to triumph at the climax. If you’re dealing with a series, maybe the growth is incomplete, but there should be growth all the same.

3. A new and better hero should emerge. The MC needs to have earned the right to be called a hero by the end of the story. If they don’t demonstrate that they can do something the others characters can’t (and we’re not just talking supernatural abilities), why is he or she able to save the day over any other Joe-schmoe in the book?

The ending can make or break a book. I’ve been disappointed too many times for it not to effect the way I write. I’m slightly obsessed with making sure my books don’t peter out in the last few chapters because, as a reader, I hate that! Here are a few of my own tips to avoid writing that ending that makes your readers cringe.

1. Complete your character arc. What was it in the beginning of the book that your character struggled with the most, that defined who he or she was and why they felt like they couldn’t meet their goals? Have you resolved it by the end of the book? I’m not talking situational problems. This needs to be deeper emotional wounds that have held your character back. Have they overcome some part of what’s been holding them back? If not, take note of what those wounds are and how they need to be fixed in your final chapters. 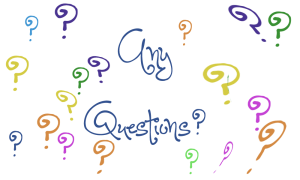 2. Answer the freaking question! Okay, this makes me think of “Lost” and how confused and irritated I was when they wrapped up the sixth season and 90% of the hints and mysteries were completely abandoned. If you bring up a challenge, hint, clue, noticeable item, etc. and then never mention it again, readers are going to be left saying, “What about…?” And that’s annoying. Either get rid of those plot points that never panned out, or make sure they’re followed up on.

3. Redemption and justice are musts. Unless you want to end things ambiguously on purpose, take a look at the major players in your book and make some tough decisions about what they really deserve. Does your bad guy need to die, or will he find redemption? Is your MC going to save the day or meet with spectacular failure because of his less than stellar choices? If your readers don’t feel like everyone got what they deserved, even if it wasn’t the ending they saw coming or wanted, the ending will feel incomplete and leave them at odds when they set the book down.

Crafting the perfect ending can make you want to tear your hair out. Maybe it will never be perfect, but hopefully some of these tips will help you write a complete ending that will hold readers’ attention and leave them feeling satisfied and ready to go grab the next book!

Connect with me online: