Many writers start a project with an end goal in mind. Even those of us who are pantsers (write by the seat of our pants) tend to know generally where our story or book will end. Those who outline and thoroughly plot know exactly where their story will end.

I’m talking in terms of the end goal of the plot. Will the MC meet their goal or fail so spectacularly that readers will be hard-pressed to forget? This is important. VERY important. Having a weak ending or no ending at all is a major turn-off for readers, but that’s also another discussion all together. What I’m talking about today is where your book ends physically.

How many of you decide or even just consider the physical location where your plot will come to fruition?

You may be asking if it really matters. It does. A lot.

Let’s Consider Neo and the Matrix… 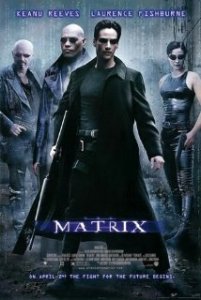 The final fight scene in the matrix blew people away when it originally hit theaters in 1999. The special effects have been copied over and over by now, but the bullets halted mid-flight and Neo’s ability to move like the Agents wasn’t the only thing that made this final scene so memorable.

Setting had a huge role to play as well.

The end goal of the plot in Matrix was that Neo realize he is “The One” and figure out how to defend the freed humans against the machines. Fabulous plot, but what would that final realization have been like if Neo had reached it outside the Matrix?

Not nearly as impactful.

Neo being pretty much dead and losing hope while faced with his enemy, inside their fabricated world — of which he has little control of at this point — while his mentor is being tortured in that same building, and no chance of escape…well, that’s a pretty bad place to be, right? The exact kind of place he where you either need to dig deep or give up. Being outside of the Matrix, relatively safe and surrounded by people who are trying to help him…what would have pushed him to find his true strength? Neo realizing he was the one person meant to save the humans wouldn’t have had anywhere near the same effect if it had come over his morning bowl of mush as he worried about Morpheus having been captured.

Where your final scene happens should be connected to your character in some way.

Is it a place from their past, something symbolic of what they’re trying to overcome?

Such as a childhood home or the location of a traumatic experience, or perhaps a place they once loved and they return to at the end of their quest to put their life back together? The location should be relevant to your character’s history and journey.

Has it been previously referenced?

Ending up somewhere that readers are familiar with, even in passing, will mean more to them than a brand new, never before seen venue. Foreshadowing is a great tool in setting up the final location where the book will take place. A brand new location risks seeming irrelevant to the reader, and may not be the most logical place either.

Does the location make sense for what’s going to happen?

If the final scene is a verbal confrontation (Ex: standing up to a tormentor), think about what type of space will make this more intense. Wide open areas provide room to escape or avoid while small spaces may pin the character into the situation until it’s resolved. Public locations vs. private ones can have a great impact as well. A public location means there will be witnesses. Will there be action involved? Will they be on the move or stuck in one area? What obstacles will the location provide?

Is there meaning behind the setting?

Whatever setting you choose, there should be a reason for that choice. Think about your character arc. Where did this character begin emotionally, mentally, physically, and in reference to the overall plot? Where do they end up? Does your final setting reflect the changes your character has made during the journey that is their character arc. A character arc should come full circle. Setting should as well. That doesn’t mean your final scene should be in the same location as the beginning scene, however, the final setting should be chosen just as carefully as the initial setting was chosen. It needs to reflect what the character has overcome and what their future may hold.

What final scenes of books or movies have stuck with you, thanks in part to the setting?