Today I’m excited to welcome Sydney Aaliyah Michelle to my blog for a guest post! 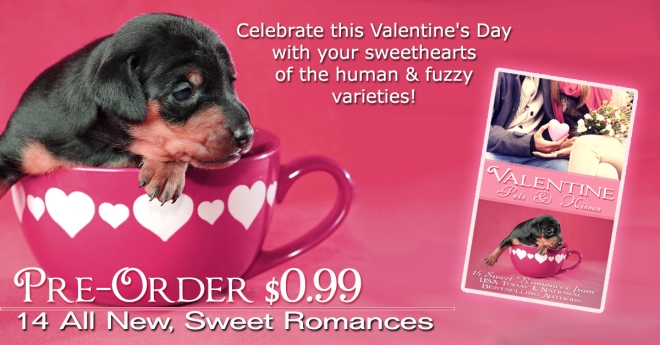 Last summer I spent two weeks in New York City. I’m no stranger to New York. I visited for the first time when I was twelve years old. My father took my mom, brother and me on a business trip and we feel in love. My brother more than the rest of us. He moved after college and never left.

Since then, besides the five and 1/2 years, I spent in China, I’ve been to NYC at least once a year every year. In all of those visits, I never once step foot in Brooklyn.

I was missing out.

Only a ten-minute train ride away, but Brooklyn feels like another world.

The tree lined streets with the eclectic combination of homes, bars, restaurants and shops give a unique backdrop for the diverse mix of people. Not diverse in the sense of different ethnicities. It has that, like every part of New York, but diverse in a broader sense.

I spent one afternoon sitting in the coolest coffee shop and overheard the most interesting conversations.

I’m a writer and eavesdrop on people’s conversations, get over it or don’t sit next to me.

Two guys sitting at a small round table, one black and one white, one in a tailored business suit and the other in baggy jeans and a hoodie (in the summer time). They aggressively discussed the economy of several Caribbean Islands.

Two girls sitting on a couch were dressed in workout gear, sipping coffee and giggling. They were swapping stories about their latest breakups, both with huge rocks on their ring fingers.

I spotted a guy in the corner wearing rolled up jeans, a vintage concert T-shirt, suspenders, a beard, a beanie (again, in the summer time), and horned rimmed glasses. He was your typical hipster, typing away on his Macbook Pro computer. I took a lap around him and found him watching an episode of Project Runway and taking notes to the side.

As I sat there for an entire afternoon and one story idea after another popped into my head. 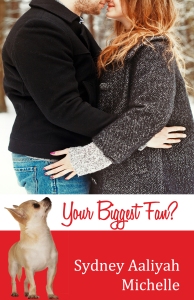 The sexy, muscular, tattooed covered guy who ordered an expresso was my new hero. Tired of his meaningless life, he was looking for someone to love.

As I walked back to my hotel, I found a corner that would be the perfect setting for a romantic first kiss. I strolled the Brooklyn Bridge from the Brooklyn side and stopped halfway across and wrote this line for Your Biggest Fan?

Nothing was more romantic than Brooklyn in the wintertime.

I fantasized many times about taking long walks hand in hand with Noah. Sipping hot chocolate as we strolled across the bridge. Standing at the railings, with his arms wrapped around my waist as we stared at the New York skyline. I would turn my head and lay a soft kiss on his cheek or rub my lips across the stubble on his strong jaw. He would reach inside my jacket and squeeze me closer to him as he captured my lips with his and gave me a long, lingering kiss and—

If you are curious to find out what happens when Noah, Callie, and a cute blond chihuahua, get stuck in a Brooklyn Brownstone during a snow storm, along with thirteen other sweet romances, pick up a copy of Valentines Pets & Kisses.

More about Your Biggest Fan?

Noah Patrick, NFL bad boy, has sworn off women, they only seem to want him for his fame and his money. Callie James is such a big Noah Patrick fan, she named her energetic Chihuahua after the man of her dreams. When they find themselves hiding out in the same Brooklyn Brownstone, a crazy blizzard, a never-ending supply of spaghetti, and a dog with identity issues bring them together even though they both have secrets that would tear them apart.

Sydney Aaliyah MIchelle is a contemporary romance writer, a voracious reader and movie fanatic who hails from Texas.

Chat with the authors and win great prizes! Come join the Fun.

Have you ever wished your were a princess? Or could just borrow their life for a day? Well…it’s not as easy as that. Charlotte and Leila from the DATE SHARK series are here to tell you why.

First, let’s meet Leila Sparrow, who just wanted to revamp her dating life, be treated like a princess, and stop being the perpetual last minute “plus one” because she was too nice to say no.

Even though Leila enjoys her work as a marketing manager for a popular clothing boutique, her boss’s absolute trust in her has turned into her being the only person allowed to handle a million different tasks each day. Leila and Ana are good friends, but at the end of the day, Leila feels a little like Cinderella trying to keep up with a houseful of demanding lunatics.

Even when Leila starts stepping out of her comfort zone and taking risks that she hopes will make her life better–like dating the adventuring loving Luke and befriending her dating coach Eli–things don’t go exactly as she hoped.

Luke may be incapable of sitting still for more than five minutes, but he’s fun and safe, in a strange way. Eli, on the other hand, is risky. Not only because he’s hiding something from Leila, but because figuring him out is harder than trying to get mice to make you a designer gown in real life. There’s a happily ever after waiting for Leila, but which path will get her there?

And let’s not forget Charlotte, who’s been through some really tough stuff, but this time she doesn’t know if she can survive without help.

Charlotte wasn’t raised by a wicked step-mother like Snow White was, but she’s experienced loss and hardship and abandonment, the kind that has the potential to truly make you crumble. She pulled through, and kept fighting, but things are quickly spinning out of control. The threat of death doesn’t come from a poison apple, but she’s facing losing her life all the same. 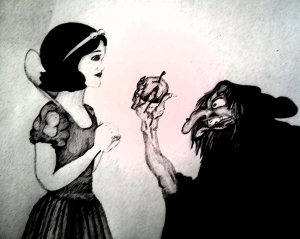 Snow White finds a band of dwarves to protect her and make friends with. Charlotte isn’t exactly looking for a hero, and to be perfectly honest, Guy Saint Laurent doesn’t really seem like the hero type, but a momentary wish to step out of her life, dress up like a princess, and just enjoy a night out with a friend leaves her with a choice. She terrified that Guy will leave when things really get rough, that accepting help will make her weaker, but if he stays…he could be everything Charlotte has ever wanted.

If you want to find out more about these two modern princesses in the making, check out the first two books in the Date Shark series here:

“When it comes to choosing between obsession and passion, some lines should be crossed.”

“The one woman capable of capturing his attention, may be the only one who can truly break him…”

And don’t forget, there are prizes!!

Open to US residents ONLY

A winner will be selected at random and announced on Monday, February 16th, and you can enter at each stop on the hop, which means you can enter up to 21 times!

In order to enter, you must leave a comment, answering THIS QUESTION:

What aspect of princess life would you really NOT want to have to deal with?

Leave your e-mail address along with their comment or we won’t be able to get a hold of you if you win! If you don’t give an email address, your entry won’t count.

Where else can you enter? Just follow the links!