Yes, I’m talking about the Date Shark Series again because that has been my entire writing world for the last 6 weeks or so. Book 3 – The Only Shark In The Sea – was sent to my publisher for editing last week and book 4 – Shark In Troubled Waters – was sent out to beta readers Monday, so both should be out before the end of the year. Exciting!

For now, how about some teasers from The Only Shark In The Sea, featuring Vance Sullivan and Natalie Price.

Find out more about the series HERE.

Enter to WIN ebook copies of all 3 books in the series HERE. 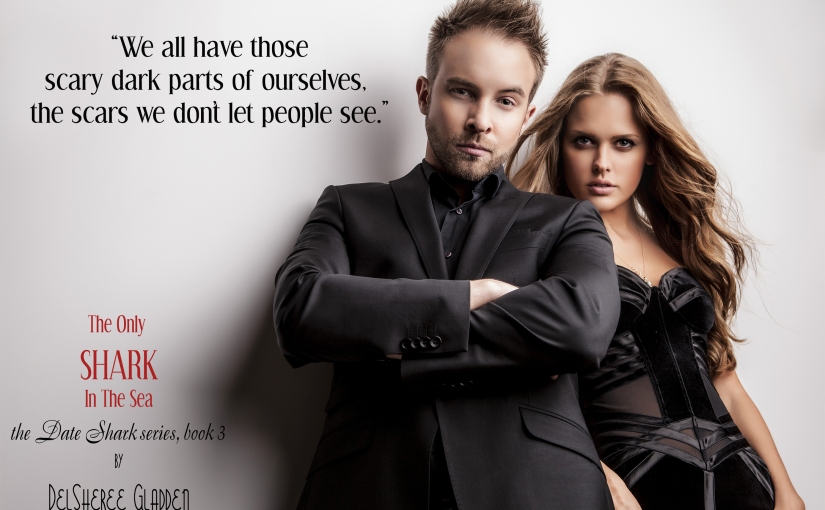 Since deciding to begin the process of selling a house, buying a new one, and all the craziness that goes on in between those two things and immediately after, I really haven’t done much writing since January. My focus was on keeping the house clean and packing.

This past week I missed my usual Monday blog post (sorry about that) but I’ve actually been getting some writing done. Hooray! I was getting ready for Apryl Baker’s 2015 Romance Blogfest and wanted to revisit the Date Shark series to prepare a good post and ended up getting sucked back in to the third book which has been languishing in the realm of “in progress” for way too long. Over the past week I’ve written somewhere in the realm of 20,000 words and just finished the last chapter of Date Shark 3, which I think will be titled “The Only Shark in the Sea.”

If you’d care to meet the stars, Vance Sullivan and Natalie Price, I just so happen to be able to make that happen! 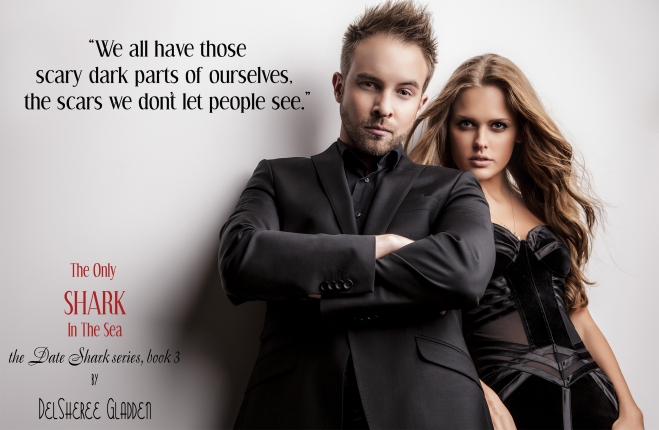 I will admit that this story kind of veered off from what I initially intended it to be, and that took me places I wasn’t expecting, which leaves me a little hesitant to send it off to my beta readers because I honestly don’t know what their responses will be to certain aspects of the story. It probably holds some of the most controversial topics I’ve ever discussed in one of my books and doesn’t fade to black on one intimate seen, though I kept the prose focused on the thoughts and emotions rather than vivid descriptions.

I’m nervous, and I’ll just have to wait to see what will happen. Until then, here’s a short excerpt for your consideration.

“You asked me before,” Vance said slowly, “if I saw you differently after hearing your story.” He shifted, bringing himself the tiniest bit closer to her. “Now I’ve heard your whole story, and it does change the way I see you, but only in the best ways.”
Natalie shook her head, knowing he wasn’t being completely honest, but he spoke over her silent objections.
“It’s not about how I see you, though. I know you’re determined to help me, but I can’t let you do that without returning the favor.” His mouth curved up in a warm smile that caused a strange tightening in Natalie’s chest. “I won’t be satisfied until you see yourself how you really are. Strong, brave, beautiful…amazing.”
Natalie used to believe she was the first two, the last she wasn’t so sure about at all, but… “Beautiful?” she whispered.

“Beautiful,” Vance echoed.
The feeling of her chest constricting was all too familiar, but the absence of panic to induce the feeling was startling. The warmth she felt touching him the night before fluttered back into her mind like a temptation. It was one thing to make accidental contact when he was asleep. Touching him, or letting him touch her, she couldn’t bring herself to do it no matter how much she wanted to feel that feeling again in that moment.
He wanted it too, she realized. It was a frightening realization, and she almost pulled back from instinctual fear. Vance had admitted it in a way a few minutes earlier, but he had been talking about comforting her. Calling her beautiful…she didn’t know if that changed his reason for wanting to touch her. It was right there in his eyes, though. All it would take was her making the first move, telling him it was okay. Desperation to feel his skin against hers almost literally took her breath away, she wanted it so badly, but she couldn’t. She hated herself for her weakness, but there was no way around it as she lay face to face with him, the gap of less than a foot of space between them an uncrossable distance.

Off to beta readers!