This writing craft series will focus on choosing the right Narrative Mode and Point of View.

Telling the right story means telling it from the best POV and with the best narrative modes.

What is Narrative Mode?

Narrative Mode and Narration are easy to confuse.

Narration is the use of commentary to convey a story to an audience.

Narrative Modes in fiction are the methods used to tell a story. Methods that are commonly used include narrative point of view, narrative tense, and narrative voice. This series will delve into each mode, beginning with the one that writers and readers or most familiar with, Point of View.

Narrative POV links the narrator to the story. It reveals who is telling the story and what their relationship is to the story events and characters.

Writing from the point of view of a character is very common in modern popular fiction, but telling a story from an observer’s perspective is still used, though it is seen more often in literary fiction. It is not often a reader comes across a contemporary book written from the perspective of an observer who offers no commentary.

When we talk about point of view, what we’re really discussing is how and by whom the story is being told. Narrative point of view is the perspective through which a story is communicated to the reader, and it can great affect how a story is told and how a reader connects with the story and its players.

There are multiple point of views through which to tell a story, including first person (protagonist or observer), second person (the reader is the character and is addressed directly), and third person (omniscient, objective, limited, and deep).

Each type will have a different impact on the story, including how close a reader can get to the characters, what limitations a particular POV places on storytelling, and what the reader can know through the character.

In the next several posts, I’ll break down each of these point of views and their advantages and disadvantages.

When we talk about point of view, what we’re really discussing is the narrative point of view, or how and by whom the story is being told. Let’s review the basics before diving deeper. 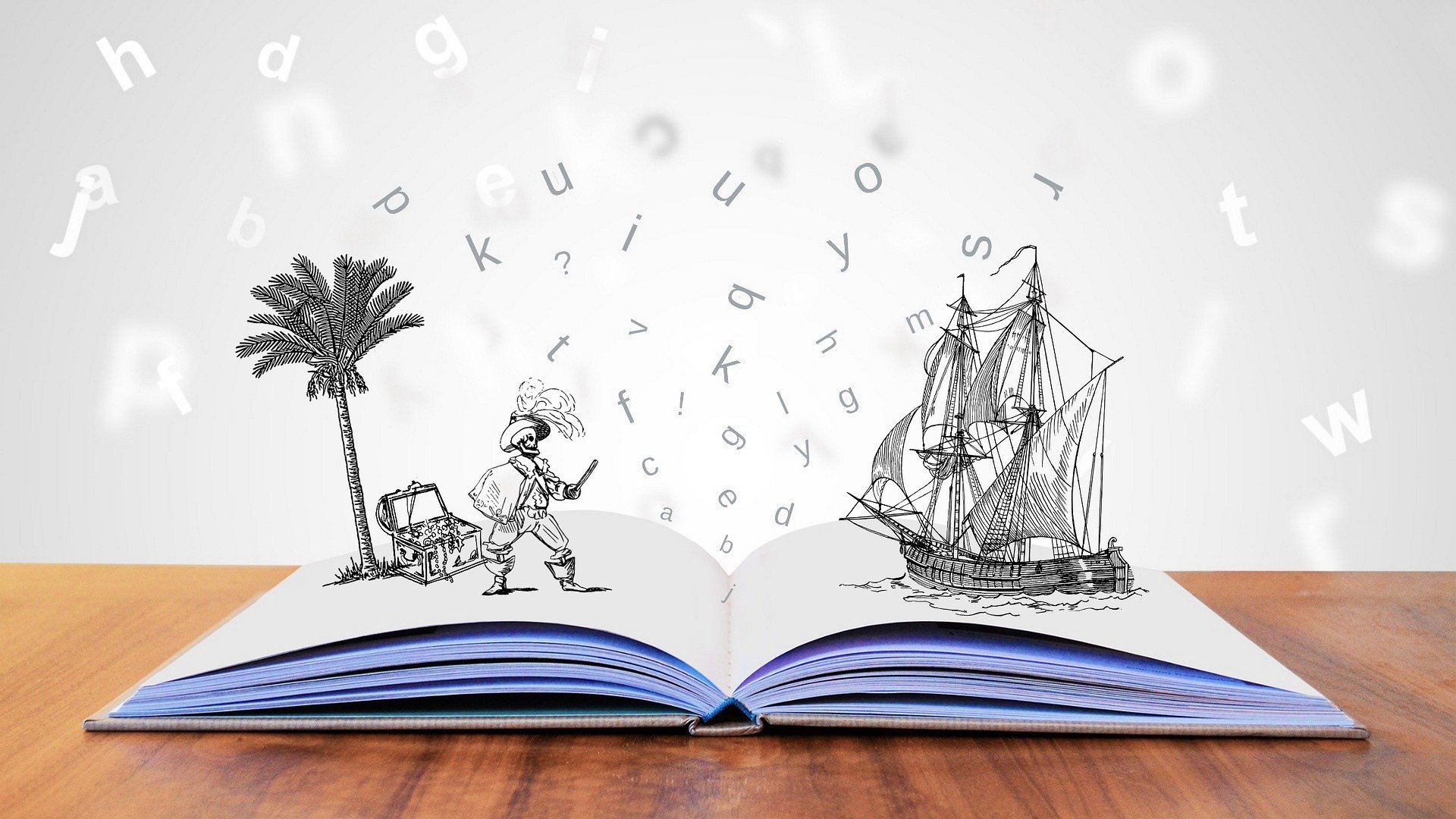 First person protagonist where the character narrates his or her own story.

Third Person POV is not told by a character but by an invisible author and has four variations:

Third person omniscient is where an all-knowing narrator tells the story.

Third person dramatic/objective is where the narrator only tells the reader things which could be recorded by a camera or microphone (i.e. no thoughts).

Third person limited is where a narrator tells the story from the perspective of a single character at a time.

Third person deep is where the story is told in the hero’s voice, rather than the author’s voice.

Second person POV is written in present tense and addresses the reader directly:

This in uncommon in teen or adult fiction and is mainly used for young children’s literature.

It’s important to understand why some POVs work better for certain genres or storylines and make changes when something isn’t working. Let’s review points to consider when choosing POV.

There are several advantages of writing in first person. It feels natural to many writers, because it’s how we speak about our world and experiences. Dealing with only one narrator’s mind can be easier than writing multiple narrators. It’s an opportunity to create a unique and distinctive internal voice. Because you’re only in one character’s mind at a time, it’s easier to “stay in character.” Readers also get to experience the story vicariously through the character more easily. There is also an opportunity to create an unreliable narrator. First person is also much more intimate than other POVs and can fully immerse a reader in a story.

There are disadvantages as well. You are limited to writing only about what the character can see, know, or hear. The narrator must be in every scene, observing and participating in the story. Minds of other characters are off limits, as is their knowledge about the story unless directly shared with the narrator in some way.

Advantages of this POV are limited. You can create a different feel to a story, and can speak to the reader directly.

The disadvantages are more prevalent, partly because this “uniqueness” often doesn’t sit well with readers and feels too personal. It often gives a juvenile feel to a story.

Advantages of this POV include being able write the story as an onlooker watching the full story unfold. You can also add contrasting viewpoints with other characters (NO head hopping, though!). This can give a reprieve to the reader and allow them to see another side of the story. You can expand the scope of the story by moving between settings and viewpoints. You aren’t limited to characters in the story when choosing a narrator, which can provide a unique perspective. This POV also allows the narrator to share his or her own views, but should NEVER slip into second person to do so.

Disadvantages center around the confusion this POV can create when not done with attention to detail. If narrators don’t have a distinct voice, readers may be confused on who is narrating. Switching to other characters can diffuse the tension or excitement when not planned well. It’s also easy to write as the author instead of the narrator. This POV can be more difficult to forge a connection with readers if it comes off as too distant or impersonal.

This POV attempts to combine the best of first and third person omniscient. The limited POV allows you to more deeply explore the narrator and forge a stronger connection with the reader without asking them to live out a story with the narrator.

For disadvantages, this POV does limit you to choosing a character as a narrator and limits you to the narrator’s thoughts and experiences.

The distance third person creates between the story and the reader can be an advantage or disadvantage, depending on the story. Some stories may be too raw or personal and distance is needed to allow the reader to remain at a certain comfort level. However, if in order to fully understand or experience a story, the reader needs to be enveloped in it, the distance of third person may prevent that.

The biggest advantage of the deep perspective is that is attempts to remove distance between narrator and reader. The reader can experience more fully what the narrator is thinking and feeling. It feels more like third person to a reader, but uses third person pronouns, which can be important in following genre conventions.

The main disadvantage is that this is a challenging POV to write and is still gaining traction in some genres.

Consider the last book you read and how it would have changed if written from a different POV.

The unreliable narrator has shown up in some pretty popular books, like Gone Girl, A Clockwork Orange, Lolita, and Fight Club, just to name a few.

What is an unreliable narrator?

It’s basically a narrator whose credibility has been seriously compromised.

This can be obvious to the reader, as it is with Alex in A Clockwork Orange, or not so obvious, like it was with Gone Girl.

Because it’s hardly ever done well. Gone Girl is one of the exceptions, and I’m a little hazy of Fight Club at the moment because it’s been a while, but I seem to remember thinking that one was done pretty well too.

What makes the difference between an unreliable narrator being

It all comes down to the ending.

I remember watching a movie with my hubby some years back called Hide and Seek. My husband and I both agreed that this one of the worst attempts at an unreliable narrator that we’d come across. What left us feeling that way? Basically, by the end of the movie, we were both left feeling like we had been blatantly lied to through the whole movie. The MC acted in ways completely contradictory to the truth that would eventually be revealed, and so did his daughter.

The daughter was the biggest disappointment, because it made no sense at all that she would respond to the dad’s questions and act the way she did when she knew the truth the whole time. There wasn’t any logical reason for the way the characters behaved, EXCEPT that the writers were lying to the audience.

How is this different that a good unreliable narrator?

An unreliable narrator believes in his or her reality, or is completely committed to the deception they’re trying to perpetrate. Every word that comes out of their mouth, every action the take, and look and gesture should all be in line with their warped viewpoint or deception.

At the end of the book/movie, you should be able to look back and not point out any instances where things don’t line up.

The Sixth Sense is a good example of this. If you’ve ever watched the “making of” for that movie, you’ll see how the painstakingly went through that entire film to make sure Bruce Willis never talks or touches anyone other than the boy. They create situations where there “seems” to be interaction, such as when he’s sitting in the living room with the boys mom, or goes to meet his wife at the restaurant, BUT you see at the end that none of those scenes were what they seemed.

When writing an unreliable narrator, this is what it takes.

Unreliable narrators are tough to write well. There has to be a well thought out plan. Interactions, thoughts, and dialog has to be scrutinized. It’s a lot of work, but if you can pull it off, you’ll have something people will remember for a long time!