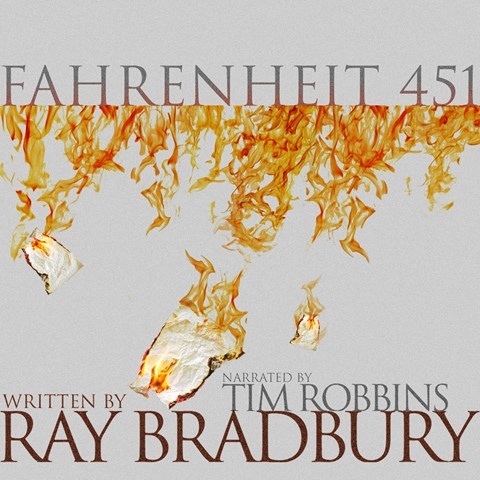 In my continuing quest to read more of the classics, we  listened to Fahrenheit 451 on a summer road trip. My kids are 12 and 15, and they really got into the story. It turned out that my son had to read this in school this year, but for some reason I never had to read this in high school. Instead I was slogging through Great Expectations and The Iliad…

We listened to this on Audible, and I have to say, Tim Robbins was the perfect narrator for this book. His quirky style and expressive voice fit very well with Guy Montag’s character and the whole feel of the story. Well done.

Now, on to the lessons learned, because part of the reason I embarked on this quest to read more classics was to understand what made them classics and what these writers did to have their stories stick in the minds of so many people for so long.

Lesson #1 – Side Characters Can Make All The Difference 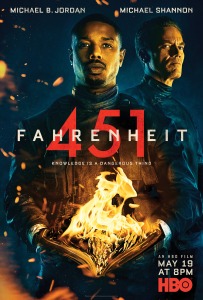 Let me start by saying that after we listened to Fahrenheit 451 we watched the HBO movie version, and I actually enjoyed it quite a bit. No, it was not the original story. That’s okay. BUT…one of the changes we were all most disappointed by was that Guy’s wife Mildred was completely written out of the story.

Mildred was a bizarre character, but that’s why we loved her. The first time you meet Mildred, she’s overdosed on sleeping pills and Guy has to call some version of 911 to get her help. She’s okay by the next day, and when Guy mentions what had happened, she says that she wouldn’t have done something like that and forgets about it. She initially tries to understand Guy’s anguish over the books he’s stolen, but ultimately can’t handle the threat to her worldview and basically loses it and turns on Montag.

While Montag is the character rebelling against society, Mildred is a prefect example of what this society has done to the people within it. She wraps up multiple ideas and messages and concepts in one nutty package and tells the reader so much more than endless pages of explanation ever could. Bradbury “showed” you his cautionary world through an expertly developed side character.

Fahrenheit 451 has several important themes: the importance of free speech without censorship, the dangers of mindless conformity, how detrimental pleasure seeking and instant gratification can be, and the importance of not being willingly blind and ignorant. It’s a fascinating piece of social commentary, but readers are shown all these themes through characters’ thoughts and actions rather than Bradbury launching into long discussions about philosophy and social theory.

The fast cars that kill so many young people are casually mentioned in a conversation with Clarisse, highlighting how a fanaticism for entertaining and instant gratification has drastically reduce the value of human life. Mildred’s attempted suicide and the general feeling of malaise and depression of the characters shows how willing ignorance and conformity slowly destroys the spirit. Montag is affected by the woman who is burned with her books, but then we learn he’s been stealing and hiding books for a while, showing deep seated internal problems in an outwardly average and law-obeying citizen. Clarisse is an outcast simply because she likes to take walks and observe the world. She’s a threat to society because she makes others think about their own lives and choices.

It’s a classic example of “show don’t tell”, but I point it out because when writing with a clear purpose and message, “telling” often overpowers the “showing” and pushes readers away. Weaving your message into your characters, setting, and storyline will have more impact and stick in readers minds much longer than shouting at them to agree with you. 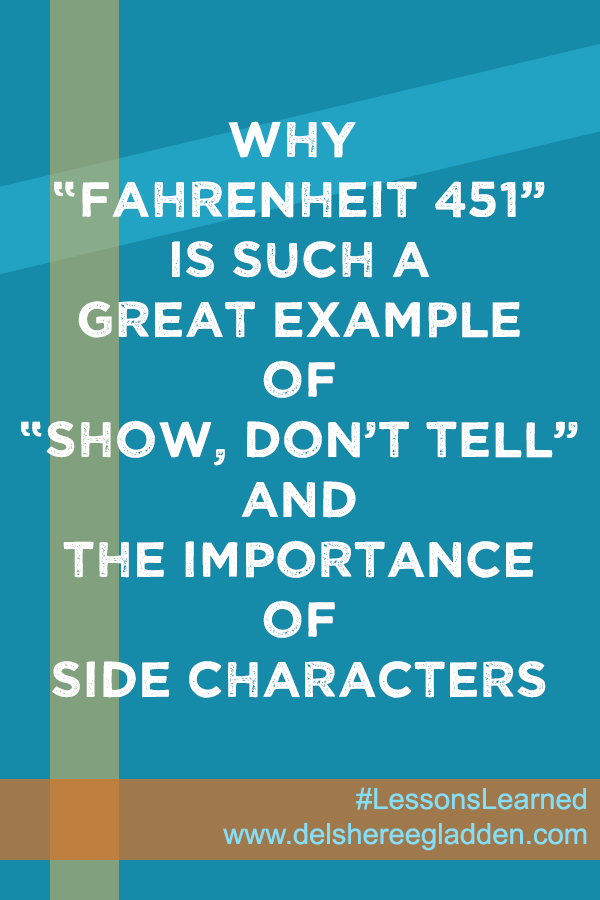 I watched the movie first, and really enjoyed it, so I figured I would read the book, since there’s always so much left out of the movie version of any book. This is one of those very rare times where I actually preferred the trimmed down movie version. 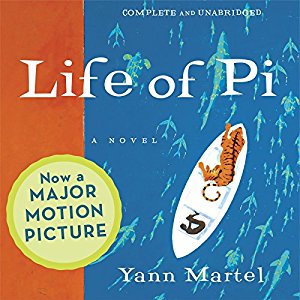 For those who haven’t read or seen Life of Pi, it’s about a young man who survives his ship sinking in the middle of the sea during a journey from India to Canada. He makes it to a life boat, but finds himself in the company of several of the zoo animals his family was transporting…including a Bengal tiger named Richard Parker.

What I loved about this story was the use of extended metaphor to tell Pi’s story of survival at sea with Richard Parker (I won’t give away what that’s a metaphor for in case you haven’t seen/read it). It’s not a commonly used tactic in modern fiction, and if you’d like an great example of it, read this book. Or watch the movie.

How to write an extended metaphor is not the lesson learned from this book, however.

Not overloading your reader or being condescending to them is the lesson learned. 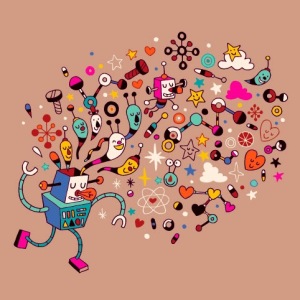 Infodumping is often a struggle for writers who do in-depth research for a book. You found out all these awesome things about whatever and now you HAVE TO SHARE THEM ALL! Unless you are writing a non-fiction book about your topic that is meant to give a detailed history of whatever, please, please, please for the love of all things bookish DO NOT vomit up every seemingly fascinating tidbit of research you uncovered while preparing to write your book.

Listening to an audiobook, you can’t really skim, which makes endless amounts of information you’re not particularly interested in even harder to get through. I listened to Life of Pi and simply had to take a break when chapters went on and on about various animals, their habits and traits, mating rituals, etc. I started listening to the book to find out more about Pi’s journey, not to hear a dissertation on animal husbandry.

Focus on what your reader wants out of your story, not just on what you want to tell them. 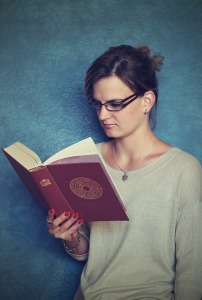 I also struggled to listen at length to the religious discussions, which I usually enjoy quite a bit. I think religion is a fascinating topic and enjoy learning about many different religions. What I didn’t enjoy was, again, too much straight information that took me away from the story, and the sometimes condescending way the information was presented. I don’t hold with any particular religion, but I was still bothered by the sense I got that if a reader didn’t agree with the author’s opinions on eating meat, practicing multiple religions at once, or who or what God or gods might be they were simply wrong or not as smart as the author. I enjoy learning about how others view God, religion, the Universe, etc., but in a way that invites thoughtfulness rather than looking down on others’ beliefs or viewpoints.

Don’t talk down to your reader.

While I enjoyed the story overall, I definitely prefer the movie version, which focused the point of Pi’s journey as a struggle to understand faith and the meaning of life when faced with tragedy. If something you want to put into your book doesn’t add to the story or unnecessarily turns readers off, there’s a good chance it doesn’t need to be there.

I’ve been on a quest to read some of the classics I should have read by now. Actually, I listen to them on audiobook while I run, but same difference. I wanted to read classics not just so I know what people are talking about when these books come up, but because reading is one of the best ways to improve your writing, so why not learn from the masters?

As Stephen King said, “If you want to be a writer, you must do two things above all others: read a lot and write a lot.” I’ve got the writing a lot part down, but I’ve neglected reading lately, particularly classic literature. 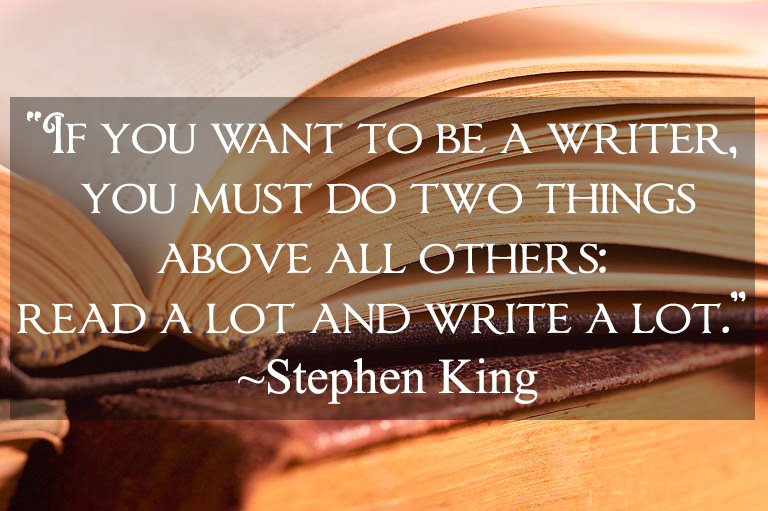 In 2017 I’ll continue my quest, and share you all what I’m learning along the way.

So, on to Betty Smith’s “A Tree Grows in Brooklyn” 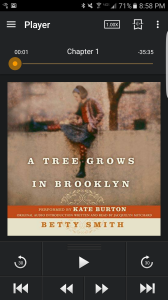 This was a different type of book than I’d normally pick up, but my friend Denise recommended it so I thought I’d give it a try. This is a coming of age story, but it doesn’t really have a focused plot. The reader simply follows the characters’ lives for a certain period of time. I have to admit, it wasn’t one of my favorite books for that reason. I like a clear-cut storyline I can follow.

However, I found the book absolutely fascinating from a historical perspective. If you want to know what early 20th century life in Brooklyn was like, read this book! I don’t write historical fiction because it is way too much work. I’m not willing to put in the research, time, and effort to do it justice, so I leave it to those more capable. If I were ever going to write historical fiction, though, I’d use this book as a guide.

Aside from the careful attention to detail in this book that made it so fascinating, one of the most poignant lessons I learned from this book was the importance of writing realistic characters, and I mean realistic to the point of almost being painful. Because this is a historical fiction novel meant to capture the great difficulty most poor Brooklynites faced in the first few decades of the 1900s, it truly delves into the awful situations of the time.

There were times the family has so little food, they would play a game pretending they were explores at the North Pole waiting for supplies to arrive-slowly starving in the mean time. Sometimes the rescue didn’t come quickly.

The mother, Katie, admits not only that she loves her son more than her daughter because he is an easier child and different enough from her that she can understand him, but also that her marriage choice has left her facing a bleak future of staying with her drunkard husband and carrying the family largely on her own.

Francie, the main character, is often told by others that she’s barely pretty enough to be considered passable. It breaks your heart when she falls for the first guy willing to dote on her and ends up bitterly heartbroken when she realizes how cruel people can be.

The handsome, charming Johnny, a young man teen girls dream of being swept off their feet by doesn’t turn out to be Prince Charming at all. He’s a drunk who folds under pressure, never wanted the children he has, and despite loving his family is incapable of being the father or husband his family needs and deserves, and dies young and penniless.

The early 1900s in Brooklyn were a harsh time period. Betty Smith doesn’t sugarcoat it to give readers a nice, feel-good story. She highlights the unfair struggles real people face, the crushing mistakes they make, the regret they face over unrealistic or selfish choices, and the often bleak hope they hold onto that things will get better.

Lesson learned: If you’re goal is to tell a realistic story, develop characters who are deeply flawed, make choices they regret, face unfair situations, and are sometimes unlikable. In other words, write real realistic characters.