I’m still working on the final details, but I have exciting news for my Aerling Series Fans!

If you want more Mason and Olivia, get ready for the Aerling Series Box Set. I’m releasing all three books PLUS three exclusive short stories all together!

The Aerling Series Box includes all three books in the series, Invisible, Intangible, and Invincible. As a bonus, this box set includes 3 EXCLUSIVE short stories Aerling fans will only find in the box set. Curious about how Mason and Olivia first met, or about how the Parker family turned out, and what about Mason and Olivia’s future? You’ll only find out in the Aerling Series Box Set!

For those not familiar with the series… 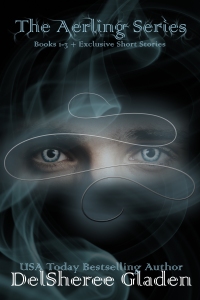 Olivia’s best friend is not imaginary. He’s not a ghost, either. And she’s pretty sure he’s not a hallucination. He’s just Mason.

He is, however, invisible.

Being invisible won’t keep him safe for long.

Mason is not imaginary.
He’s not a ghost, either.
And he’s most definitely not a hallucination.

Mason is an Aerling, and the Sentinels’ number one target.

Mason is not imaginary.
He’s not a ghost, either.
And he’s definitely not a hallucination.

Mason is the one Aerling capable of saving an entire world.

He thought he was going home, but surviving Sentinel attacks and making it back to the Aerling world is only the beginning of Mason’s fight to protect the ones he loves.

Ever wondered what was going through Olivia’s head when she spotted a dirty, crying little boy in her front yard at five years old? See the day she met and took in Mason, and experience everything she saw and felt the day her journey truly began.

The end of the Aerling war leaves every Aerling on Earth with a choice to make. Stay on Earth…the only home they know…and remain unseen by nearly everyone, or give up the familiar and embrace their new home. The choice isn’t easy for Conner Parker, and an emotional connection to his new neighbor Serena complicates it even more.

Every Aerling fan wants to know, what happens to Mason and Olivia after the war? Where does Molly end up? What about Shane? Catch up with your favorite characters ten years after the end of Invincible to see what an irrevocable bond between worlds and people has created.

The Aerling Series Box Set will be available on most major ebook platforms August 18th, 2015.