If you haven’t read the first two part in the series, you can find Part One HERE and Part Two HERE.

Now, on to today’s discussion!

What is a character arc?

It’s your character’s journey from who they are at the beginning of the book to who they become by the end.

(Hint: these should be different!)

There are 3 stages to a character arc. 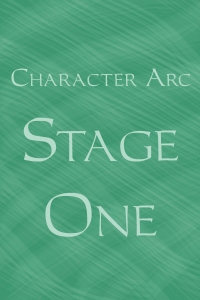 You need something that will force your character onto the path that will change them from who they are to who you want them to become.

This can be a physical and internal stumbling blocks.

The catalyst is a problem – something your character needs to overcome.

Katniss volunteering for the Hunger Games to save Rue.

The journey to overcome this problem is what will test them and force them to grow personally and emotionally. 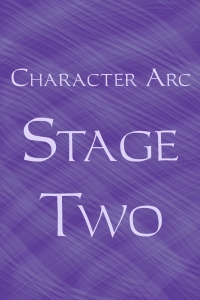 During the second stage, your character attempts to resolve the problem from the first stage.
Of course, things can’t go to easily for your character.
In order to make sure your character keeps growing, they need to continue to face new obstacles.
Translation: Things keep getting worse.

Why?
As your character faces new problems, they learn new skills, become more capable, more like the person they need to be.

Making sure your character changes and grows throughout your story will help create a more believable and relatable character.