If you haven’t read Part One of this series, you can find it HERE.

Now…on with the show!

In PART TWO of this series, we’ll be talking about Stereotypes and Archetypes. If you’re not sure what one or both of these are, have no fear, they’ll be explained, and we’ll also talk about whether they should or shouldn’t be used and how to tell the difference. 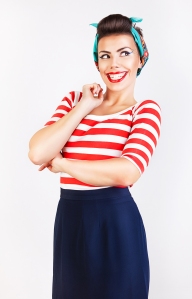 What are Stereotypes and why should you be careful when using them?

Basically, this means the character is one dimensional. What readers see is what they get. There’s nothing deeper to their thoughts, personalities, or motivations. Simply put, these are not the most interesting characters. Certainly not what you want to model your Main Character after!

Why should you avoid this?

There are times when Stereotypes are used effectively in fiction. These are usually your secondary or tertiary characters who aren’t integral to the plot and provide “filler” in a scene or situation. They don’t add to the story, particularly, or move the plot along, and usually have very little page time.

Even when writing these types of characters, be careful to avoid writing a character that draws too heavily on ideas that may be found offensive or off putting. Stereoptypical character should be used very sparingly, even when writing secondary or tertiary characters.

What are archetypes and should you use them?

Fantasy and Science Fiction often use archetypal characters, and you also see them quite frequently in comic book storylines as well. Popular examples would included Darth Vader and Anakin/Luke Skywalker from “Star Wars,” The Giver and Jonas from “The Giver,” and Sauron, Gandalf, and Frodo from “The Lord of the Rings.”

In comic some comic books, the hero and villain are intentionally portrayed as stereotypical archetypes. Such as, the villain is ALL evil while the hero is ALL good. In such stark good vs. evil storylines, this works very well. Many other comics prefer to use more complex heroes and villains, which is what fiction/prose writers want to accomplish as well. No villain is completely evil and no hero is undeniably pure. There has to be more to the story, deeper reasons, secrets, hidden desires, and more layers than your readers can see in one glance to make sure you’re writing a well rounded and interesting archetype.

Next up is Character Arcs…what they are, how to use them, and what they will help you accomplish. In the mean time, I’d love to hear your examples of stereotypical and archetypal characters from books or comics you’ve read!