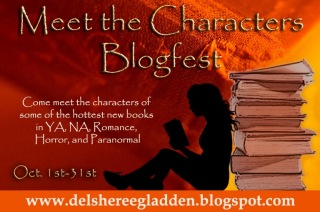 Let’s get to know some of the characters from Karin Rita Gastreich’s novel Eolyn, and EM Havens’ novel Fate War: Alliance!

The second son of the King of Arborea, Cole is free to use his title, wealth, and charm to get whatever he wants. His carefree living ends abruptly when his brother is killed. Though his rebellious spirit remains, he doesn’t want to see his country devoured by the Fate Army. He agrees to an arranged marriage to form an Alliance with the more technologically advanced country of Perspicia. He’s always enjoyed a good challenge of seducing a woman, but his new wife proves to be the ultimate mystery. He uses every tool in his wooing belt, including his knowledge of herbs to make her fragrant baths, making sure she always has chocolate, and giving her a horse.  Though he begins to uncover Princess Samantha’s true self, the process reveals truths for him as well. Not only does he find hard earned love, but he begins to understand himself better. While Samantha transforms into the woman of his dreams, he also changes; taking responsibility for his own actions and garnering a sense of loyalty and duty
Amazon : Blog : Goodreads : Facebook : Twitter
Mage Corey of East Selen
From Eolyn and High Maga
By Karin Rita Gastreich 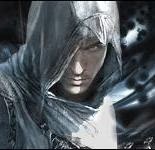 Corey was born to a family of magas and mages that ruled the eastern half of Moisehén.  One night when he was still a boy, his clan was brutally destroyed by the Mage King Kedehen. Corey escaped thanks to the intervention of his cousin Briana, who was captured by Kedehen and made queen.
At once a prisoner and adopted son of the royal family, Mage Corey struggles with conflicting motivations.  On the one hand, he desires vengeance for the massacre of his clan. On the other hand, he is bound by loyalty to the few individuals who still share his bloodline, among them Briana’s and Kedehen’s only son, Akmael.
Corey and Eolyn first meet under the auspices of his Circle, a travelling show that brings the illusion of magic to the people of Moisehén. The mage recognizes Eolyn’s importance early on, but much time will pass before Eolyn fully understands the true extent of Corey’s power and influence.
The chemistry between Eolyn and Corey crackles with tension. Their relationship is one of constant disagreement, wary admiration, and latent attraction. Although Corey is a minor character, the story of Eolyn is as much about him as it is about her. Their fates are tightly intertwined, and the final outcome of the saga will depend crucially on the resilience of their besieged friendship.
Blog for Eolyn:  http://eolynchronicles.blogspot.com
Blog Heroines of Fantasy:  http://heroinesoffantasy.blogspot.com
Facebook:  http://www.facebook.com/#!/pages/Eolyn/110814625640244
Twitter:  @EolynChronicles

Princess Samantha (Fate War: Alliance by EM Havens)
Princess Samantha is perfect. Every lock of blond hair is in place and her corset cinched to in human proportions. She has been schooled in all of the womanly arts of household management and subservience and is ready to be the future queen of Perspicia. She doesn’t want to marry Prince Cole, but she will. It’s what she’s been told to do. Something itches just below the surface of her mind though. She needs more. She has to tinker. Though she’s been schooled to hide her mechanical brilliance, her new husband brings her out of her superficial shell. Soon, the limits of her genius are stretched as she becomes not only a warrior, but possibly the savior of their kingdom.
Amazon : Blog : Goodreads : Facebook : Twitter