Today I am excited to announce the official Cover Reveal for Wicked Hunger!
One Liner:
“Vanessa and Zander Roth have spent their lives battling an uncontrollable hunger for pain and suffering that will either gain them limitless power or lead them to their deaths.”
Author: DelSheree Gladden (yes, that’s me 🙂
Release Date: July 9th, 2013
Genre: YA Urban Fantasy
Presented by: As You Wish Tours 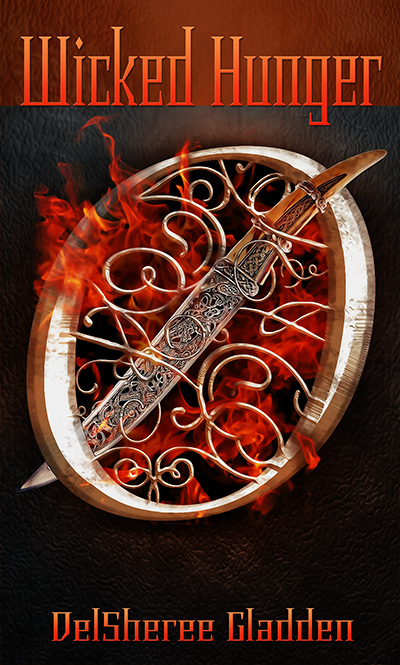 Synopsis
Vanessa and Zander Roth are good at lying. They have to be when they are hiding a deadly secret. Day after day, they struggle to rein in their uncontrollable hunger for pain and suffering in order to live normal lives. Things only get worse when Ivy Guerra appears with her pink-striped hair and secrets. The vicious hunger Ivy inspires is frightening, not to mention suspicious.
Vanessa’s instincts are rarely wrong, so when they tell her that Ivy’s appearance is a sign of bad things to come, she listens.  She becomes determined to expose Ivy’s secrets. Vanessa tries to warn her brother, but Zander is too enamored with Ivy to pay attention to her conspiracy theories.
One of them is right about Ivy … but if they lose control of their hunger, it won’t matter who is right and who is wrong. One little slip, and they’ll all be dead.

Excerpt
1. Chapter 1: Stories
Having my back turned toward the empty parking lot as I lock up the dance studio is slightly unnerving. In the back of my mind, I know there’s nothing to fear, but I still turn the key quickly and spin around to face the approaching darkness.
I hold myself close to the door, waiting for the feeling to leave me. Several minutes pass before I realize it isn’t going away. I can either stand here all night, or start walking. It’s with a show of false bravery that I take a step forward. As I walk away from the dance studio, I know I’m being silly. My brother, Zander, is constantly telling me that fear is a weakness. I know how to defend myself.
Defending myself isn’t the problem. Controlling myself is.
The walk to my grandma’s house where Zander and I have been living for the past several years is a good five miles away. I was supposed to ask Grandma to pick me up when Zander said he couldn’t, but I thought some time alone sounded better. At least, at the time it sounded like a good idea. Now, I’m not so sure that a fifteen-year-old girl walking home alone at night is smart at all. The fading sun seems to retreat faster than normal. Within ten minutes, I am left skulking along the streets of Albuquerque in full night. My pace quickens.
I know the way home, but in the darkness I feel my courage fizzle. I am practically running past shops with my feet set in the direction of the relative safety of my neighborhood, taking any shortcut available to get me home faster. I’m not the only one out on the streets. Average looking people mill about on the sidewalks, but I keep my distance.
Eyes down, I run. I’m only two blocks away from the cramped little neighborhood where Grandma has lived for twenty years. I am almost there when I lurch to a stop in front of a dank alley filled with scuffling noises and pain.
An unsettled feeling rises in the center of my body. I try to take another step, get away, but I can’t. A muffled scream sends another shot of wretched pain shooting through the air. It’s too much to resist.
Dance bag abandoned, tennis shoes slapping against asphalt, my body powers down the alley independent of rational thought. Fragile bones snap and howls of pain erupt. Delicious satisfaction rushes in as agony fills the damp alley. Everything else is forgotten.
Author Bio

DelSheree Gladden lives in New Mexico with her husband and two children. The Southwest is a big influence in her writing because of its culture, beauty, and mythology. Local folk lore is strongly rooted in her writing, particularly ideas of prophecy, destiny, and talents born from natural abilities. When she is not writing, DelSheree is usually teaching yoga, coaching gymnastics, reading, painting, sewing, or working as a Dental Hygienist. Her works include Escaping Fate, Twin Souls Saga, and The Destroyer Trilogy. DelSheree’s newest series, The SomeOne Wicked This Way Come series, follows Vanessa and Zander Roth, siblings with an uncontrollable hunger for pain and suffering that will either gain them limitless power or lead them to their deaths.
Connect with DelSheree Online at:
DelSheree’s Blog
DelSheree’s Website
Facebook
Twitter
Goodreads
Wattpad
Amazon
Put Wicked Hunger on your TBR list on:
Goodreads